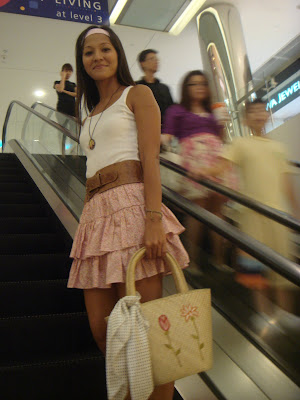 Mark and I were invited to the screening of Duplicity last night. 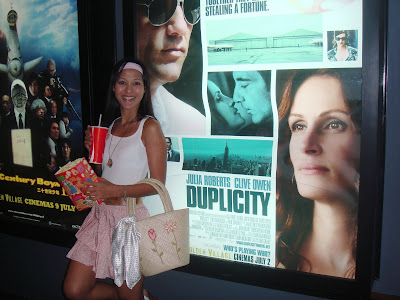 Julia Roberts and Clive Owen as CIA and M15 agents? At first I thought oh no... is this going to be another Mr & Mrs Smith?!

But surprisingly, it wasn't all about fancy stunts and violence... in fact it relied more on brains than brawn. Admitedly *blush* it had me a little lost in the first half of the movie... it wasn't linear, and you will need to pay attention to the flashbacks and piece them together as you go along.

The two stars have great on screen chemistry. They starred together in the film Closer about 5 years ago... back then, I only watched it because of Jude Law. But putting Julia and Clive together again in their own movie was a great idea. 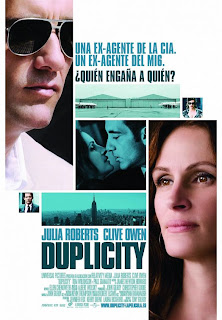 Apart from being entertaining.. the movie was a reminder that it's a dog eat dog (or anything else in it's path) world out there, and you just can't trust anyone.
Expect more than one twist at the end of the show. It had me going.. Ahhhh.. very very clever.
So what happens? Go catch Duplicity to find out!
Thanks to OMY.sg for the invite! 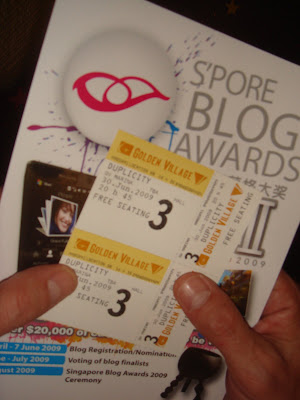 Don't forget to vote for me in the Singapore Blog Awards! (The Best Lifestyle Blog category) I need your support.. please :)

P/s had Mark's film debut today heehee... tell you about it tomorrow!