1. WHO PAYS and WHO DOESN'T

When I first signed up with Advertlets to be my ad service provider, some readers commented that Advertlets never pays. After cashing out my earnings, I waited a month, and no cheque. So I sent them a reminder email. I was told that it was still processing and would come in 2 weeks.
And it did. I received a cheque from Advertlets (all the way from KL) and I've banked it in. Everything A-OK. You can trust Advertlets.

Disappointingly though... a big company in Singapore like Oak3 films doesn't pay. I did 3 nights of filming for After12 in early November last year. The programme has already aired on TV. I still have not been paid. The amount is not great... but it's the principle that counts. I have sent them reminder emails, and they replied to the first few. But my last couple of emails were ignored. No response, no excuses, no apologies, nothing. How shitty to be played out like that huh!

I went to the Rod Stewart concert at the Singapore Indoor Stadium. I'm not a fan.. in fact, I don't even know his songs. But the man is such a legend to have been successfully in this business for decades. And he's a hot older man to boot!
.

Mark and I had great seats. But we were surprised to find that the staff at the indoor stadium do nothing to restrict movement in the arena at all. The only ticket check was done at the entrance of the stadium. But once inside, it was pretty much.. just go where you like!

People who had purchased $90 tickets (which are shitty gallery seats), actually came down to get a better view. Hoardes of people just stood around the aisles of the sections which cost more. No one ushered, or restricted people from moving from one section of the arena to another.


How is this fair? We should have gotten the cheap tickets and just wander on to the front as well!!! 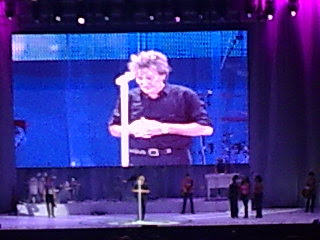 Rod sounded great... it was a fun night. My only gripe is that I found the stage set up... boring.

Just a bit of mood lighting.. and a large projection screen. That was it.

Maybe.. I'm just a brat who has grown up with too much MTV influence... I really expect a big show when I go to concerts. The Cold Play concert I went to a couple of years ago ( they're coming again this year)... was fantastic in terms of visual effects. I could not even blink! 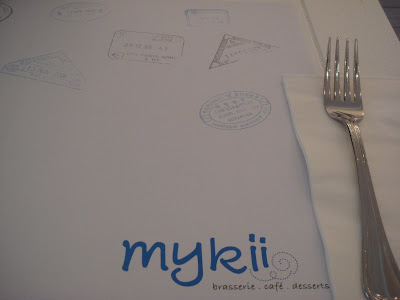 Last Friday was the ettusais press event. They were launching a new product. ( I will blog about new products soon! Stay tuned!). It was held at mykii, a nice little white restaurant in Holland Village. 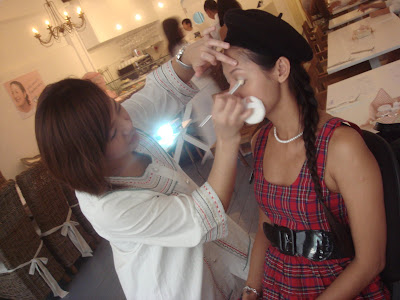 That's sweet Chelsea doing my make up before the press event started. I simply love being pampered with ettusais products. Like my little tartan dress and black beret???? 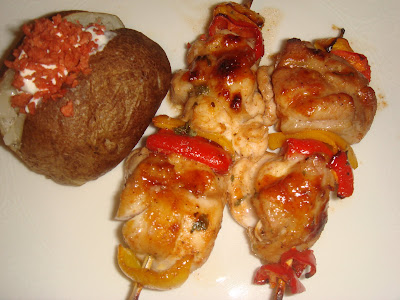 Last night I cooked dinner again, and decided to do chicken kebabs. It turned out pretty good. I really love cooking and being in the kitchen... I never used to. Maybe because all my other boyfriends never liked my food and were not appreciative. Mark not only loves eating my food, but he's so full of praise and encouragement. Not only is this ego boosting, but it makes me feel very appreciated. I'm a happy girl.

5. Love. It's In The Simple Everyday Things


When we were on the sofa watching Tv and talking after dinner last night, I found out something I never really realised.


When we watch Tv at night, I'd get sleepy and fall asleep on his chest. He'd then bring me to the room ( this wakes me up but am still drowsy). Without fail, I will cuddle close to him in bed because he warms me up. When I'm no longer cold, I'll fall asleep. He then gently rolls me off his arm and he will blow out the candles. He then comes over to my side and spoons me until i am fast asleep before rolling onto his side to fall asleep.


He always watches me fall asleep first before drifting off himself. How sweet is that.

Looks like love is always in the air for u ..4ver so envy : p

Anonymous said…
Hey girl! Your food looks good! and the press events looks like a good experience for you. I am happy to see u doing well!
4:21 pm

Anonymous said…
hey holly, where'd you get the tartan dress from?
8:57 pm

Holly Jean said…
anonymous 8.57--> I got the dress about 3wks ago from Cotton On. It was abt $39 ( if i remember correctly). They also had blue tartan.

Anonymous said…
woo~ ^^ thats really smth sweet mark always do be4 u fall aslp holly~ happy that u found urself someone that wonderful~ not to say he loves ur cooking! woo~

Sure its great to love n be loved in return!? yea~ agree? xD
n yaa..im feeling envy too~ haha!

Nice dress too~ $39? hmmm im wondering holly...why u always seems to have such good prices for ur clothes? ahaha~ another envy point added~!

hmmm..anyway i guess after ur blogging of them, they should be paying u soon? haha! ya the principle is that counts~ its smth quite disturbing to know such thing actually happend~ sigh~

mykii seems to be a nice place to have a dinner or small gathering with frenz! ^^ thanks~

Anonymous said…
write in to the forum or something... such a sham when an establish company doesn't pay up!
3:21 am

Anonymous said…
how do u know he always watches u doze off first unless u're not awake yourself too!
10:37 pm

Holly Jean said…
Exactly! I never realised it all these months... because I'm obviously asleep and not aware of it!!!!!!!!!!!

I only found out when we were talking after dinner that night.(As mentioned in my post... maybe you skipped tht line)

Been reading your blog for a while. Love your posts. Very interesting and informative.

it definitely makes a huge difference when your partner appreciates your food! it makes you want to cook more.