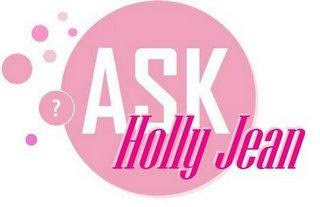 Some time ago, reader lonelygirl (are you still out there?) asked me about my views on Lesbians.

And though that is not really a "problem"... it is an interesting question. So I am going to answer that in my first Ask Holly Jean post.

I have no problems with homosexuality or lesbianism. I would not treat a homosexual/lesbian any differently. They should be treated equally in terms of work opportunities etc.

Whether one becomes homosexual through nurturing or if it's in their genes... I really can't say. It's debatable - Is there a gay gene? (is it rainbow coloured?)

What I despise though are Faux Fags! I say faux fags because I mean those people who aren't really homosexuals or lesbians but pretend to be that way because they think it makes them look good... or special.. or more interesting than they could ever be if they were just straight. Some call if pseudo-homosexuality or faux lesbianism. 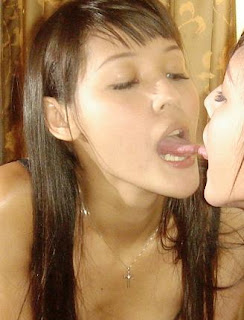 Of course it is! Being gay is a huge trend now! Especially amongst teens and young adults.

Perhaps because teens are more susceptible to following a trend????? Or do you really believe we "out-grow" gayness as we get older? I call bullshit on that. I think a lot of gay teens aren't really gay in the first place.

The media keeps on hyping up gayness. Do you remember the Russian pop duo t.A.T.u. ? Their song "All the Things She Said" became a hit because the girls claimed that they were a lesbian couple. Later, it came out that the ladies were in fact, NOT GAY. That was just part of their marketing gimmick, but the mere suggestion was enough to make the song a hit.

Even more recently, we have Madonna and Christina and Britney kissing each other on stage to up the sizzle factor.

Following very closely, Lindsey Lohan and Samantha Ronson relations have filled the pages of many celebrity gossip magazines. My... my... what a strange coincidence eh? (maybe it's airborne this gay gene *I am rolling my eyes*)
---------

When I was younger, when my straight girlfriend and I were at a club, we realised that men will come pouring over us when we started dirty dancing with each other as if we were sexually intimate/interested in each other. Ok.. I may be totally wrong, but we thought we looked hot together. (haha.. if the joke's on me)

All that lesbian show-off type dancing was a good fun while I was a teenager, but was I really innately or subconsciously lesbian???
No. It was all pretend. In reality, the sheer thought of going down on another woman makes my stomach turn.
Now then... Is it a far cry for me to say that a lot of straight girls out there have also realised the appeal of lesbianism to men? And are for a fact not really lesbains???

What are your views? Do leave them in the comment section.
Have a problem? Need a solution/opinion? email hollyjean69@hotmail.com

OK. Time for Holly Jean's Confession Box
Confession Box Poll- Have you Kissed someone of the same sex? And I don't mean a friendly peck on the cheek.

My answer- Yes. But I was just about 20 years old. It was a lesbian girl ( Don't know if she was a faux one or not). But I did it only because it drove the men wild. Other than that.. nope.

kfaisal said…
wow.. i didn't know that being gay is the trend nowadays..
stared at your post for about 30 seconds trying to digest that info..
and i'm still in the state of shock..
anyway, for me it's up to the person to be what she/he/she+she/he+he wants to be..

but for me every creation has it matches.. nuts are for bolts to screw into and bolts are for nuts to get screw with

bolts will never be srewed into bolts and the same goes to the nuts..

but heck, as long as they didn't cause mother nature to self destruct.. i guess they have the right to be free and gay in this short lived world.. :D

Anonymous said…
You mean those women who dirty dance with women in clubs aren't lesbian???!!! How disappointing!!! It IS a man fantasy you know!
8:51 am

Entertainer said…
i think teens tend to follow trends.. well, that my 2 cents at least..
10:16 am

Tashi Core said…
Hmmm... I am not all that sure about lesbianism being appealing to men. I've got a girlfriend who frequently had guys trying to pick her up. We started pretending to be a lesbian pair whenever a guy approached while I was around. It seemed to be an effective way in repelling them to back off as fast as they came (with a pissed look on their faces). Unless I was reading the situations wrong, or I just happened to meet some who did not think lesbianism is hot. :/
9:13 am

Annoymous said…
Its definitely a trend not to follow.
1:46 pm

y said…
I don't think it's a trend as much as it is teenagers experimenting. There's a lot more awareness now that you don't HAVE to be straight, especially if it's not your cup of tea. Therefore teens (and in fact some adults too) try it out to see if they like it. Nothing wrong with making an informed choice right? Some of these teens will grow up and turn out to be gay, others will not.

I do agree with you that many straight girls dirty dance (or kiss, etc) in clubs because they are just playing to their audience - the portion of straight men who dig that. The Madonna/Britney kiss was definitely part of that. As for Sam and Lindsay, I'd say they were a real couple. A troubled relationship, but I think it was for real, not just for hype. It did last for awhile after all!
3:48 pm