Who's up for a big chunk of meat? 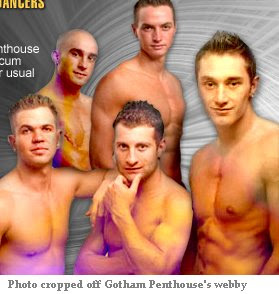 The Place- Gotham Penthouse
The Time- Last night
The Boys- Odyssey
When I initially heard about Men of Exotica last year and then Odyssey this year... I thought- WHOOPEE! The world is finally changing (well, my side of the world).
It has always been women (usually cheap and/or not highly educated) who have been strippers and exotic dancers here. Women have always been the objects. Men pay to see them. They own them (or are at least made to feel that way for a small sum).
For once it would be nice to have the tables turned. And what better way than with 5 hot South African men. An all male revue which sells on sex appeal.
I expected women to be whistling, taunting, cheering, and basically behaving like men. But it wasn't so. Yeah they clapped and cheered. But it all seemed so good natured... none of the "TAKE IT OFF!!!" type of degradation.
Where was I? I was at the bar, like 15 metres away from the stage. I didn't want to go up front and mosh with the rest of the women. Had this been on a Ladies night with only my girlfriends with me.. it might have been a different story. But it was a friday night, I had been awake since 5 plus in the morning and at work all the way till 6pm. And all i had was one beer and one vodka7up.
The boys first came on stage with black hats, black pants, crisp white shirts, pink ties and pink suspenders. Suspenders work well. So do the shiny gold thongs underneath it all. With their shirts off... I don't think anyone had any complaints. Tanned bodies, broad shoulders, biceps and Pecs galore.
Periodically, I found myself a little bored... the routine at times struck me as very mediacorp dancers kinda standard (know what I mean? Those extras dancing over enthusiastically on tv). But overall, it was a decent show. Very fun and energetic. (the bald guy is like the best dancer of the lot). He exposed his black g-string and then his bum to the ladies. Very cheeky. Had it been a flash of anything else, he would be in trouble I guess.
Would I go back there? If I were still 20, yes! Now that I'm 26 and have so many other things in life, then No. I left early, like at midnight, didn't stay for their final show at 1 plus am even though I know it would probably be raunchier.
To me, it's the kind of thing I only need to see once in my life. Don't have a penchant for it. Didn't find it particularly empowering either... maybe it's just in my genetic coding, not to be able to visualise men as meat. As objects.
Damn.

Anonymous said…
hahaha you went! i'm still stuck with so much work piled high on my head :( eh but the guys not very handsome lehh -- Nn
8:44 pm

F-U-D said…
Er....HJ, there I was trying to be sensitive to your anti lust campaign and you go and see dozens of naked boys!! lolx

In fact random viewing of semi-clad pole dancers leaves me feeling similar, passion is personal and up close, intamacy rules!